Skip to content
As the second choreographic center of its kind in the country, NCCAkron often asks what it means to be a “national” center that is neither in the physical center of the country nor the perceived center of the dance universe. Being based in Akron affords us (and by extension, the artists with whom we work) the emotional, mental, and physical space to create from a place of abundance inherent to our Northeast Ohio stomping grounds. Being national in our scope allows us to stretch—to engage artists from all over, to hold even more capacity for ideas larger than ourselves, and to be the connective thread between communities. We refer to this as operating in both the hyperlocal and the national spaces.

Possibly one of the most favorite creative invitations embraced by NCCAkron visiting artists is to design their own ice cream flavor with Chill Artisan Ice Cream. With this valued local partner, NCCAkron has helped foster 14 flavors to date. Berry, Tere, and Mary featured blueberry-rosemary ribbon through vanilla as part of NCCAkron’s inaugural Creative Residency with Tere O’Connor (Champaign-Urbana, IL/NYC). Ube Chillin recalled a childhood favorite of Filipino choreographer Gerald Casel (Santa Cruz, CA) who chose to revive the purple yam and coconut concoction. Los Angeles-based BODYTRAFFIC Bliss was a vegan variation with matcha green tea, candied ginger, and dark chocolate. This local partnership embraces the idea of play as well as creativity, and is unlike anything else artists are asked to do elsewhere. Upon arriving in Akron and tasting his Short and Stout (brown butter shortbread and stout-infused cream), choreographer John Heginbotham (Brooklyn, NY) proclaimed, “You really can build anything here!” That spirit of possibility is something I immediately felt upon arrival in Akron too, and try to underline it in everything we do.

Visiting artists are constantly being inspired by the sights and sounds around Akron, too. With support from the Akron Civic Commons consortium and SF Dance Films, Dancing Lab: Screendance teams made two films along Akron’s Towpath Trail in 2018. One team also worked in Akron Coffee Roasters’ (ACR) downtown location to record sounds for their film score. As part of a Dancing Lab to center and uplift female-identifying choreographers in 2017, Kimberly Bartosik (Brooklyn, NY) expressed an interest in observing the passage of light and time. We were delighted to organize her Lab research to include a dinner break (picking up Swenson’s along the way) to watch sunset from the Ledges Overlook in Cuyahoga Valley National Park before returning to the studio that evening. In other parts of the country, artists may not have that kind of access to nature, much less the flexibility to work in the studio any time they want throughout the day or night. 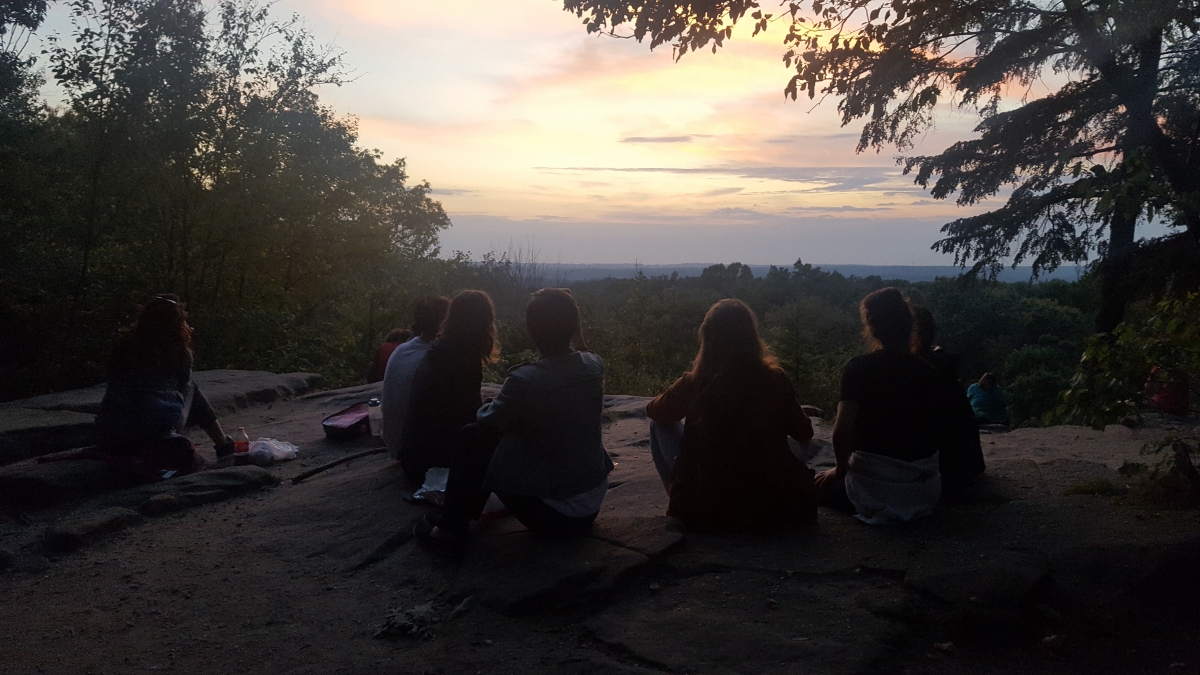 In 2019, NCCAkron hosted its largest Dancing Lab to date. Bringing together 24 choreographers, dancers, and technologists, we put Akron on the map during the Cunningham Centennial Celebration while simultaneously asking where the future of dance and technology are moving forward. And during the infamous year of 2020, NCCAkron worked to share Akron with others and to manifest solutions larger than ourselves. We collaborated with visual artist Micah Kraus to develop creative tools such as a journal and bandana coupled with ACR beans and sent them out packaged as Residency-in-a-Box over the summer. The proceeds from any boxes sold were donated to five different cultural organizations doing meaningful equity work in dance and performance—Alternate ROOTS, Creating New Futures, Exchange House Akron, The International Association of Blacks in Dance, and Native Arts & Cultures Foundation.

I am so grateful for the intervention that moving to Akron and accepting the challenge at NCCAkron has afforded me. Looking to the future, I plan to continue embracing the spirit of experimentation, play, and possibility through all that we do to continue building a forward-thinking movement. 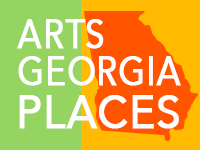